On the way south from our two months in  Queensland, Paul and I called in this week at the Leard State Forest east of Narrabri in New South Wales. The lady in the cafe asked me, meaningfully, if I had seen 'those people' protesting against the destruction of this forest for coal mines. "No," I replied, "but have you seen the destroyed forests?" She said no more. 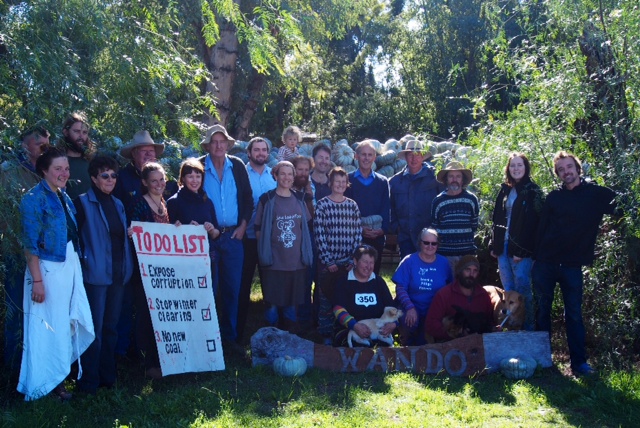 When I did get to see 'those people', they turned out to be true Australian patriots, defending a small remnant of the nation's wildlife-filled woodlands. It was specially good to meet local farmers, including the Leards, who have been there for generations.

The coal miners - one company is chaired by former Nationals deputy-leader Mark Vaile - are smashing down the forest to dig out and export coal which will lead to more global warming, bushfires, cyclones, droughts, acidification of the oceans and loss of food production. They are backed by the very uncourageous minister for the environment Greg Hunt. 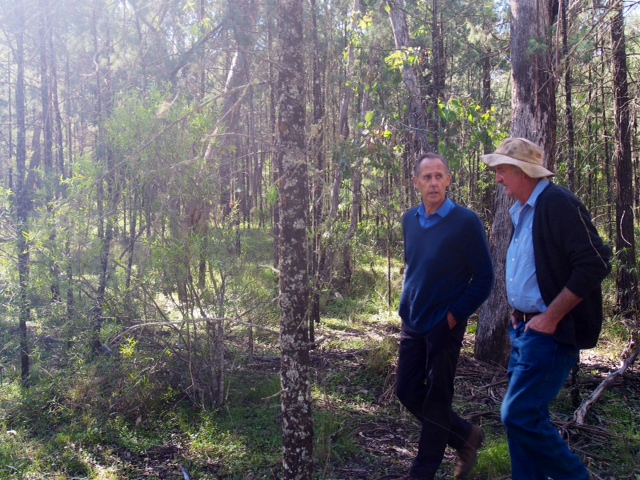 Bob with Cliff Wallace of "Wando"

Phil Spark from the Northern Inland Centre for the Environment (NICE) in Tamworth showed us around. There's eco-courage. Maybe Phil should become minister and Greg should go up to the Leard State Forest and get with the real defenders of Australia's environmental heritage.