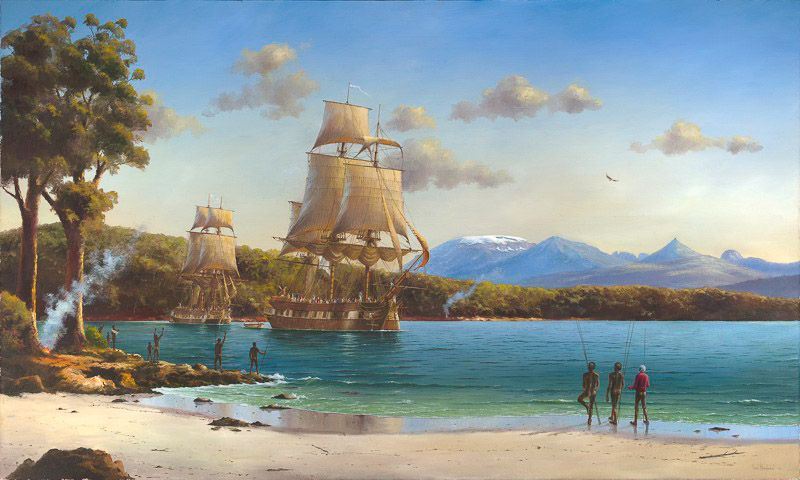 Bob Brown has given the Tasmanian Museum and Art Gallery a large oil painting. The work, by noted Sydney marine artist Ian Hansen, depicts the well-documented scene at Recherche Bay when d’Entrecasteaux’s two ships Esperance and Recherche were farewelled by the Tasmanian Aboriginal landowners on 14 February 1793.

“This is a gift back to the Tasmanian people for the privilege I have had in representing them, friend and foe, in state and federal politics over 30 years. It is also has a pragmatic dimension in that we often ignore history we cannot visualise. Being able to see that scene at Recherche Bay exactly as it happened 221 years ago will hopefully bring it out of obscurity and make it more alive for everyone to consider.”

“Ian Hansen did a magnificent job. He visited Cockle Creek and so the seascape, with Mt La Perouse carrying snow in the background, is true to the written descriptions of the day when the Lyluequonny people walked two to three days around the bay from the north to farewell the French scientific expedition, which had been scrupulous by the European standards of the day in respecting their hosts.”

“It is a far cry from the massacre at Risdon Cove which accompanied the British occupation just ten years later. That scene deserves another painting so that we better face the reality of its role in Tasmania’s real history.”

“The meeting, feast, athletic contest and music between the Tasmanians and the French has a huge message for the world today about acceptance, toleration and respect for difference. In a world devoted to celebrating battle fields it is time Australians took more notice of this peace field at Recherche Bay. The sadness of parting on both sides was real,” Bob Brown said. 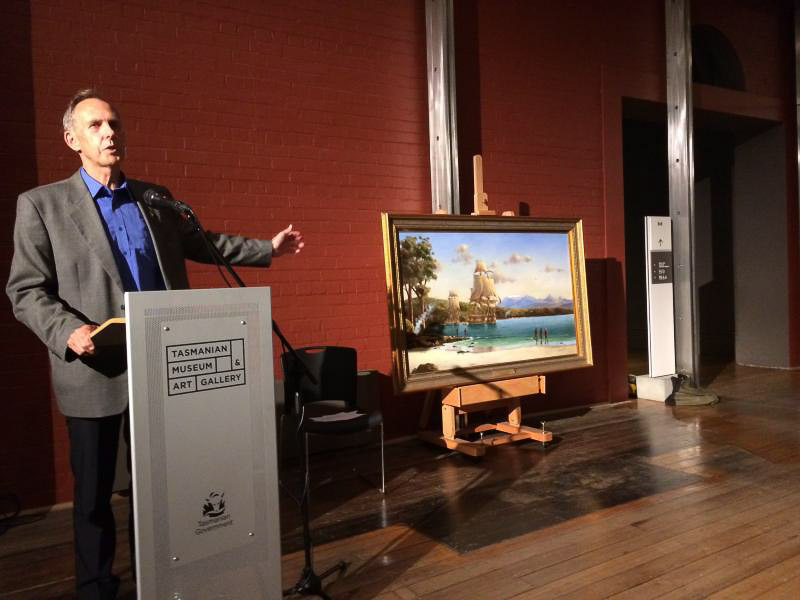