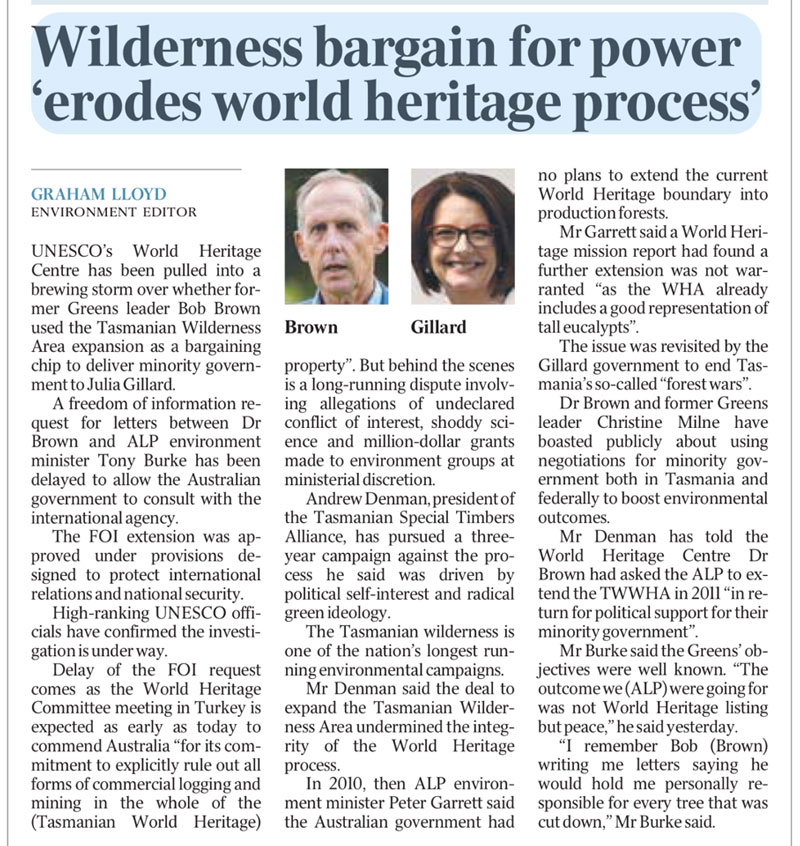 The Australian's 'Environment editor' Graham Lloyd, fresh from his recent tirades against Australian scientists' claims that the Great Barrier Reef is being damaged by climate change, has today written about that fraction of Tasmania's World Heritage value forests which has been protected (see above). Here are a few notes on Lloyd's article: