Environmentalist and former Greens leader Bob Brown will not face prosecution over his arrest at an anti-logging protest in Tasmania's north-west. 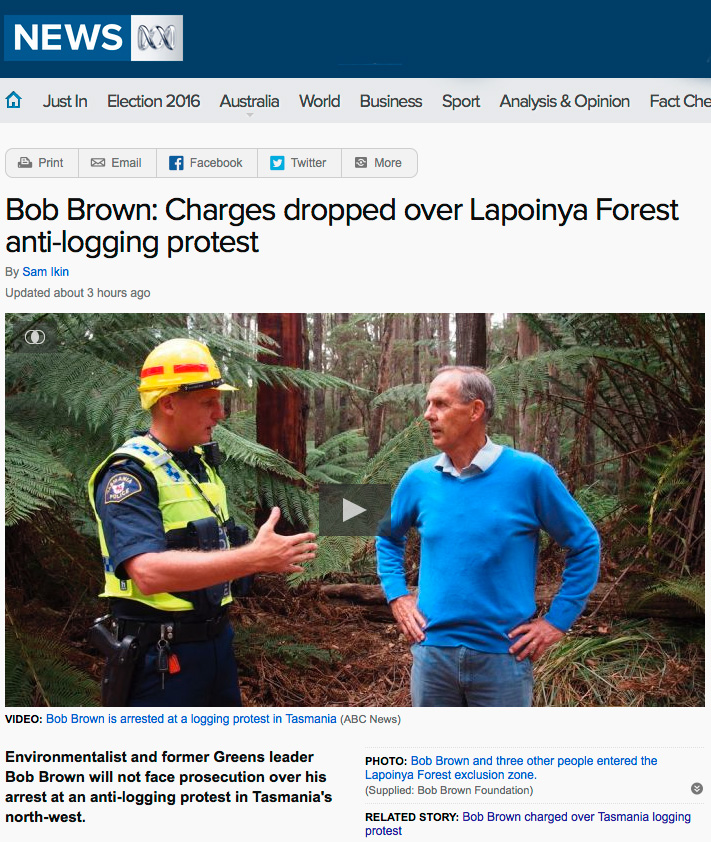 "The decision not to proceed was made by Tasmania Police after receiving legal advice from the DPP," he said.

"In this case the DPP observed that it was difficult for police officers to determine whether a person was in a business access area or on business premises."