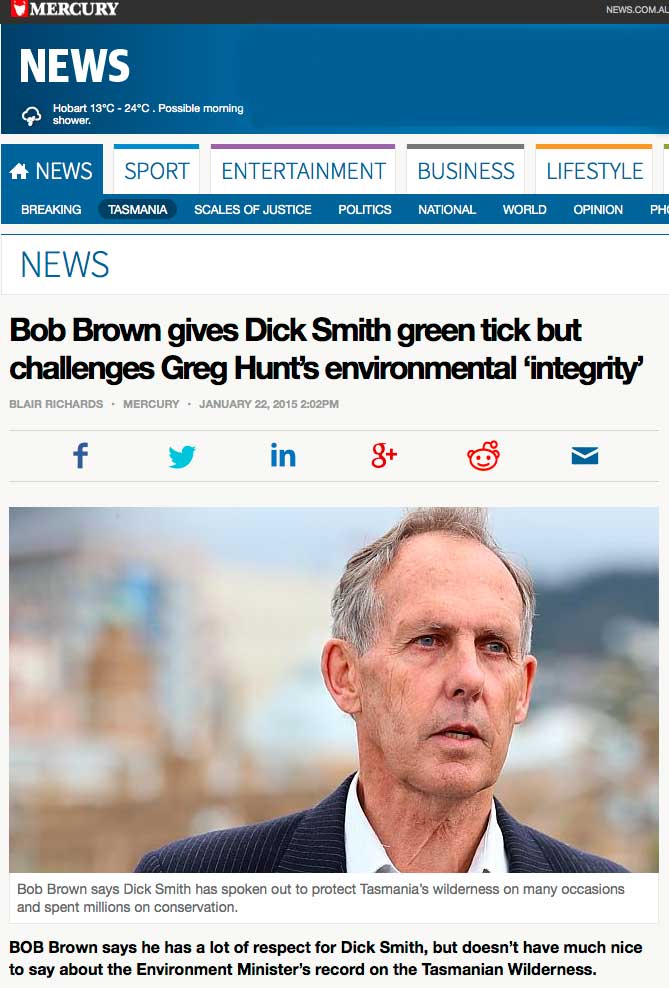 BOB Brown says he has a lot of respect for Dick Smith, but doesn’t have much nice to say about the Environment Minister’s record on the Tasmanian Wilderness.

Despite the former Greens leader’s strong opposition to development within the Tasmanian Wilderness World Heritage Area, Dr Brown said he respected the Australian entrepreneur’s view that low-key development should be considered.

Dr Brown, however, delivered a broadside to Federal Environment Minister Greg Hunt, who spoke of his love for the Tasmanian wilderness during a visit to the state yesterday.

“He is a puppet of the anti-environment sentiment in the Abbott government as demonstrated on his failures on the Great Barrier Reef, saving whales or forests,” Dr Brown said.

Read the full article on themercury.com.au