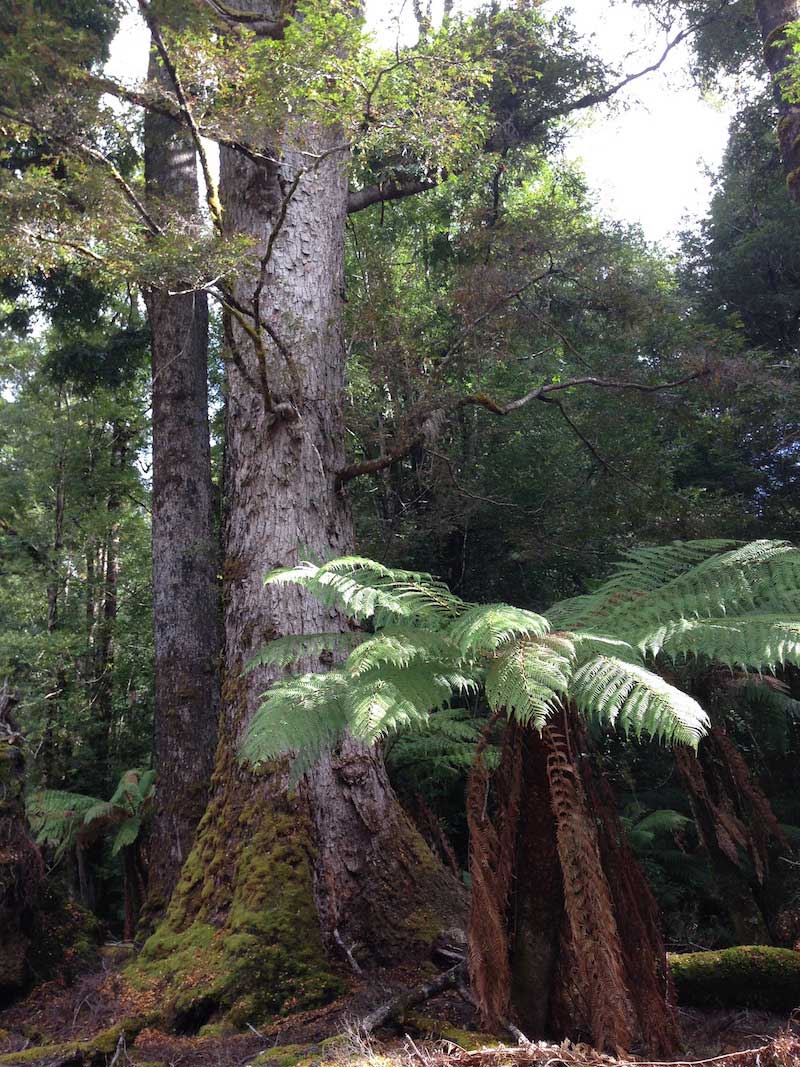 Bob Brown Foundation’s Campaign Manager Jenny Weber has expressed alarm for Tasmania’s threatened rainforests of the Tarkine, and criticised the company Ta Ann for appalling logging practices that are un-sustainable, “Ta Ann’s new plywood mill in north-west Tasmania is another very controversial foothold by the Sarawak timber company in Australia.  Ta Ann has today opened a second mill on the doorstep of the largest tract of temperate rainforest in Australia, Tasmania’s Tarkine. More than 400 hectares of ancient forests are scheduled for logging in the Tarkine region to supply Ta Ann in the next three years.”

“We are very concerned about the supply of timber to this new mill, sourced from logging high conservation value forests, not only in the Tarkine, and other contentious logging areas elsewhere in Tasmania. These are forests with critical habitat for endangered species, storehouses of carbon that can reduce climate change impacts if left intact and unique natural ecosystems with value far greater than lost to the taxpayer subsidised logging industry,” Jenny Weber said.

“There is also a lingering question over whether timber will be supplied to this mill from tropical forests of Borneo. When Senator Eric Abetz visited Sarawak in recent years on behalf of Ta Ann, he told indigenous Penan people that they should support Ta Ann and a new mill in Tasmania would not be able to be supplied by Tasmania’s forests alone and so they will get the timber from Sarawak to feed the mill.  These Penan people of Sarawak are protesting the proposed logging of their native customary lands by Ta Ann, while an Australian Senator acting on behalf of the logging company is a proponent for destruction of their livelihoods,” Jenny Weber said.

Bob Brown Foundation’s Jenny Weber is also critical of the relentless corporate welfare by the Australian and Tasmanian Government’s financial prop up of a multi-million dollar Malaysian logging company.

“Australia has shamefully ushered in Ta Ann, with more than $40 million taxpayer funds since opening, now with two forest destroying mills in Tasmania’s North West and one mill in the South that have been built with taxpayer donations. The Australian Government was wrong to fund Ta Ann’s third timber mill with $7 million, as they are one of Sarawak’s six largest tropical timber conglomerates that is responsible for wholesale destruction of Borneo’s rainforests and indigenous people’s livelihoods. This is another appalling act of corporate welfare at the expense of wide-spread forest loss across Tasmania to a multi-million dollar Malaysian timber giant owned by one of the world’s richest men, Hamed Sepawi,” Jenny Weber said.

“By feeding this new controversial Ta Ann mill, Australia is poised to experience ongoing destruction of Tasmania’s unique ancient forests of the Tarkine, Bruny Island and other high conservation value forests for this mill, while also threatening the livelihood of people reliant on forests resources and destroying biodiversity in Borneo’s last rainforests. This is a shameful development for a tainted future of Australia’s forest industry,” Jenny Weber said.