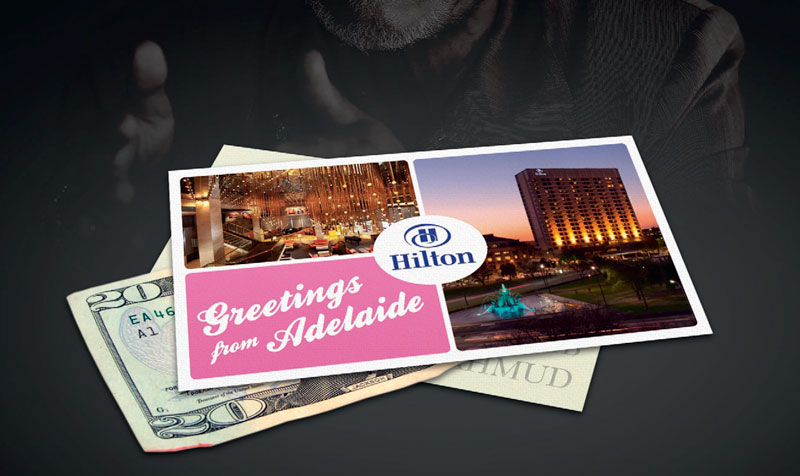 ADELAIDE (SOUTH AUSTRALIA) Adelaide University has received donations of at least AUD $400,000 from Taib Mahmud (Taib), the current Governor and former Chief Minister of the Malaysian state of Sarawak. Four donations of $100,000 each were paid to Taib’s alma mater in four instances between 1987 and 2006. This has been disclosed by Adelaide University under a Freedom of Information act request by South Australian Greens MP Mark Parnell.

Taib Mahmud, a highly controversial Malaysian politician, has been accused of embezzlement of state funds and is currently under investigation by Malaysia’s Anti Corruption Commission (MACC). His family’s assets have been estimated at several billion US dollars. In September, the Swiss Bruno Manser Fund disclosed that the Taib family had bought the Adelaide Hilton hotel for $28 million in 1993 through offshore trusts in the Isle of Man and the British Virgin Islands.

In 2002, Adelaide University’s then Chancellor, the Australian mining tycoon Robert Champion de Crespigny, planned to raise between $1 million and $4 millions from Taib Mahmud and offered the politician to name a University Chair after him. The University refused to disclose documents related to that fundraising effort and a planned trip by the Chancellor to Kuching, citing confidentiality obligations.

In 2008, Adelaide University volunteered to name a plaza on its premises the “Taib Mahmud Chief Minister of Sarawak Court”, obviously in the hope that Taib would make further donations. Vice-Chancellor Warren Bebbington refused to confirm if the $400,000 were the full amount Adelaide University had received or if Taib Mahmud had made further donations.

Call for full transparency and restitution of stolen assets

Jenny Weber of the Bob Brown Foundation called for Adelaide University to be fully transparent on its relationship with the Malaysian politician. “In particular, the University has to release the full correspondence regarding its 2002 fundraising effort with Taib”.

The Bruno Manser Fund’s Lukas Straumann said he expected the University to restitute the Taib donations to Sarawak: “These are stolen assets which Adelaide University never ought have accepted. This money is needed for rural development and the conservation of the rainforest and should be paid back.”