ART + ACTIVISM - From Engagement to Action 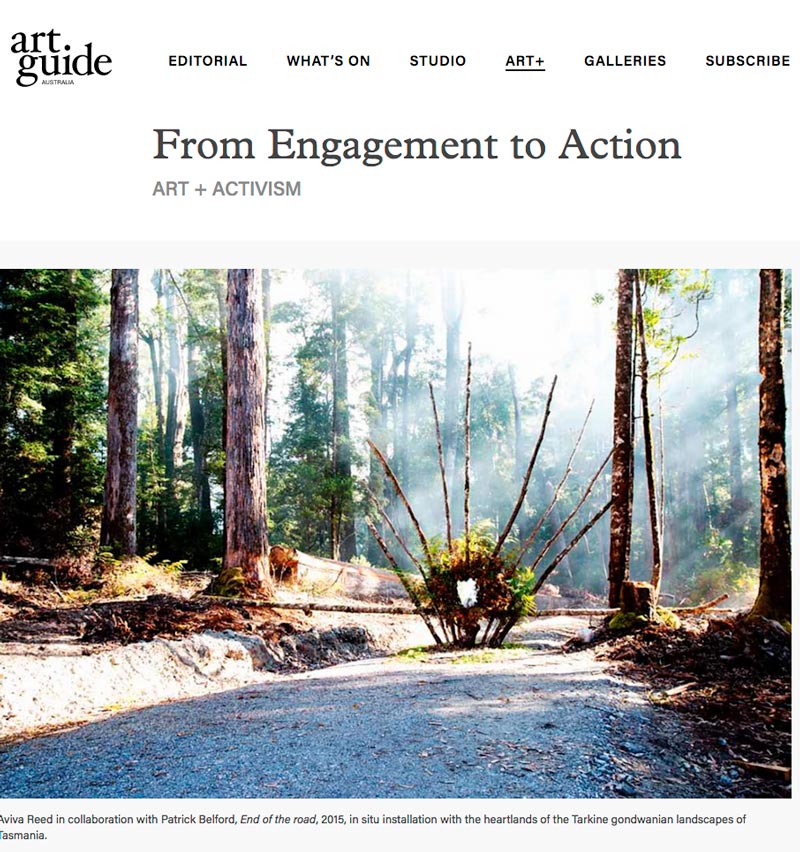 Art Guide Australia has a thought provoking article by Rebecca Gallo - From Engagement to Action - which mentions Tarkine in Motion as an example of integrating artistic practice with activism.

...Alongside more traditional forms of environmental activism (protests, lobbying and less officially, blockades and tree-sitting) the quest to save the Tarkine wilderness area in Tasmania has involved hundreds of artists, musicians and wanderers across three iterations of a residency-style event, Tarkine in Motion. The results have been presented in two books, a poster campaign, a documentary, concerts and exhibitions, forming the basis of the visual material for the Tarkine campaign...