2018-2019 Annual Review coming soon. Subscribe to our email updates to be the first to be notified of its release. Sign-up here. 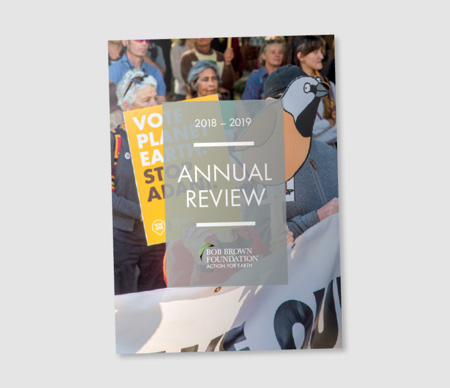 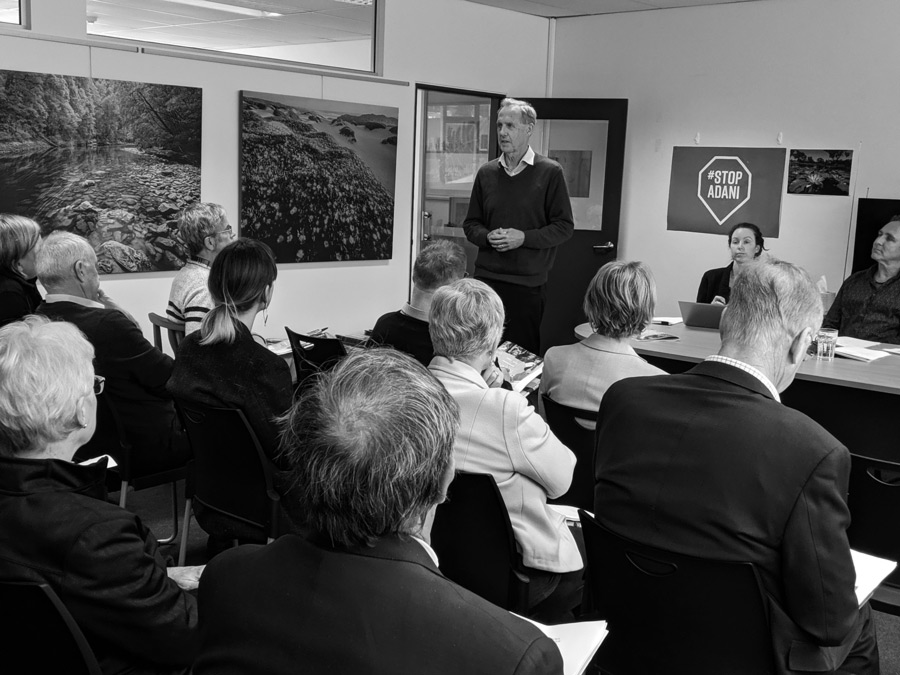 A MESSAGE FROM BOB

Last year I stepped down as president of the Foundation. This year, at 75, the time was right for me to step aside from the board, knowing that we have an excellent president (Roland Browne), board, CEO (Steven Chaffer) and staff of seven. Our Foundation is growing, as it lives up to its motto of ‘action for Earth’.

While in the thick of our Foundation’s campaigns, I will also be freer as an individual in the politics and peaceful protests for Earth.

Billionaire Gautam Adani’s bankrupting of Adrian Burragubba for defending the land of his ancestors, including the sacred Doongmabulla Springs and the Black-throated Finch, says it all. Under Australian laws, implemented by the politically obedient Coalition and Labor parties, and much of the media, that which was Wangan and Jagalingou country for 1,000 generations is now legally, though not morally, Gautam Adani country. Adani is set to be the absentee landlord for a single, irreversibly destructive generation.

The timeless laws of nature and the ancient laws of the Wangan and Jagalingou have been cast aside, as has the need for government to study the accelerant impact on Earth’s climate emergency of burning the vast Galilee Basin coal lode. Adani is reported to be arranging to send $3 billion in profits to the Cayman Islands while expelling Burragubba and his family from their lands. After all the thievery, murder and cultural destruction of the First Australians, how can this be happening in our own times? Who is truly bankrupt here?

So we have plenty to do! I hope that, like me, you will continue to support our foundation however best you can for, together, we are an environmental winner!

I will release my book of quotes called ‘PLANET EARTH’ in the next few weeks and join Earth Celebrations in Sydney and Cygnet as well as film and book tours on the Foundation’s Stop Adani campaign, hoping to see you on the way.