The Adani mine is this generation's Franklin River. People power can stop it - Bob Brown 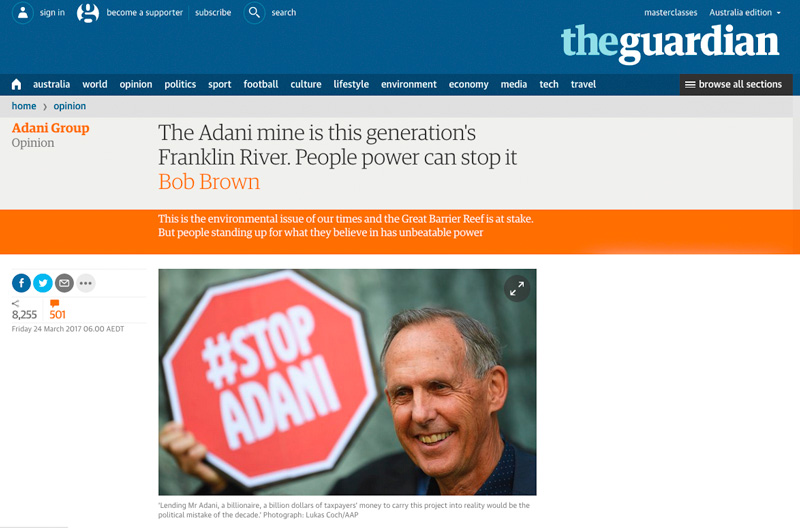 When I rafted the Franklin in the 1970s, I knew the campaign to save that spectacular river, despite local support for damming it, would become one to test that generation. In 2017, stopping the Adani coal mine is a campaign to test this generation of Australians.

In 40 years time people will be talking about the campaign to stop Adani like they now talk about the Franklin. “Where were you and what did you do?” they will ask.

This is the environmental issue of our times and, for one, the Great Barrier Reef is at stake. The Adani corporation’s dirty coalmine is an impending disaster with effects which will reach far beyond Australia.

Everywhere I go people ask me about it. They cannot believe that, at a time when we should be drastically cutting the pollution which drives global warming, Australia’s authorities would even consider building the world’s biggest export coalmine.

Read the full article by Bob on theguardian.com here.