The Bob Brown Foundation is seeking inspired minds, creative thinkers, performers, painters and do-ers willing to get hands on and strategic in thinking about effective ways to use our new banners, action props and giant Lobster Snuff Puppet. Our vision is to enchant Melbourne with the Tarkine and build the grassroots campaign. 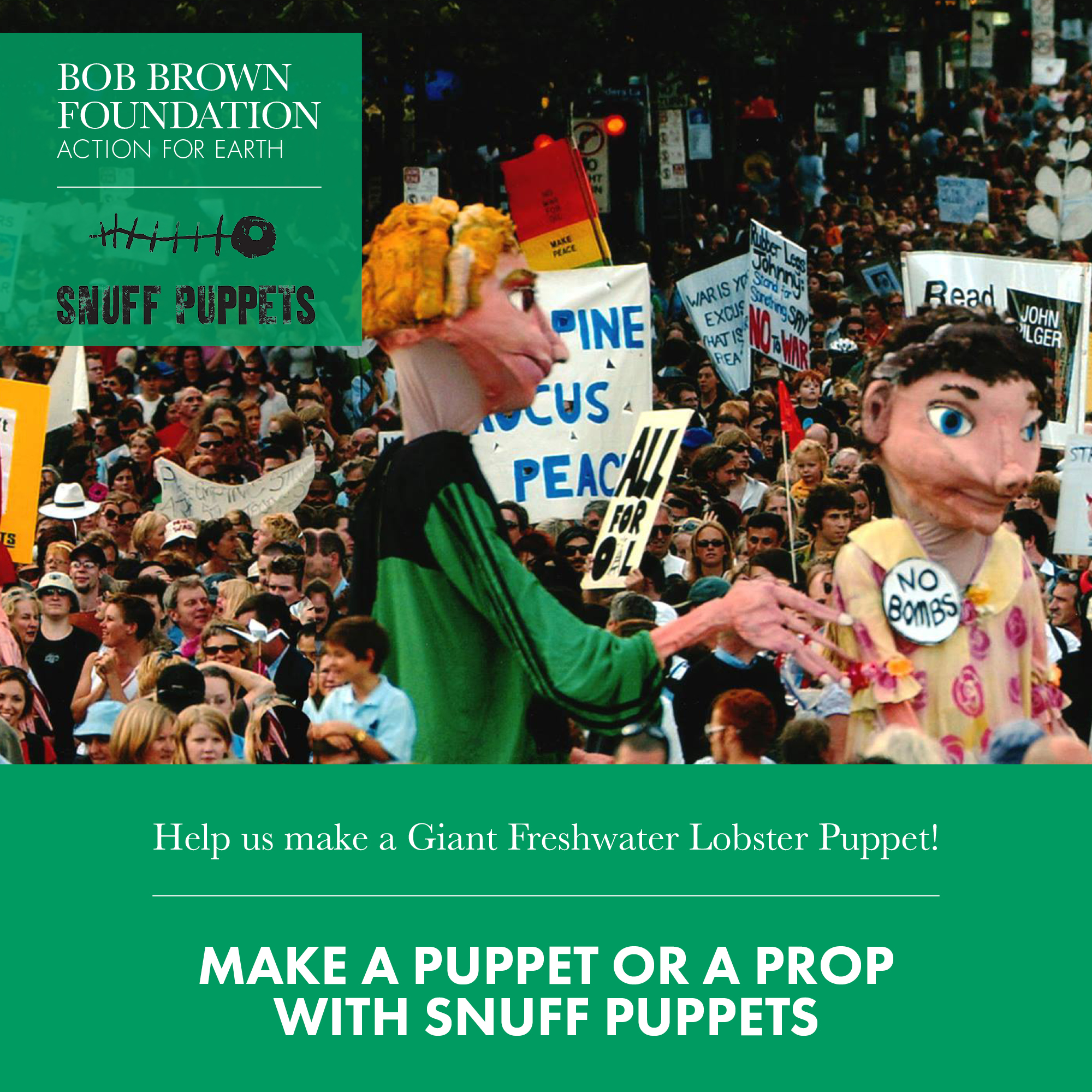 The threatened species Astacopis Gouldi aka the Giant Freshwater Tarkine Lobster is currently under construction as a giant puppet at the Snuff Puppet Warehouse. We imagine it to be close to finished by December 9 however there may be some final details to complete. This event will include:

We are looking for theatrical minds who can orchestrate actions, demonstrations, vigils and do festival roving with media engagement in mind. This includes performance artists willing to learn how to animate a giant Snuff Puppet Lobster, a threatened species in the Tarkine.

We will be using the Lobster at the Sustainable Living Festival Big Weekend between February 9 – 11. The puppet is 2 meters wide and 6 metres long so will need to be tactically manoeuvred by trained puppeteers. A ute or trailer is also required for a logistics plan. Email [email protected] to volunteer and help organise.