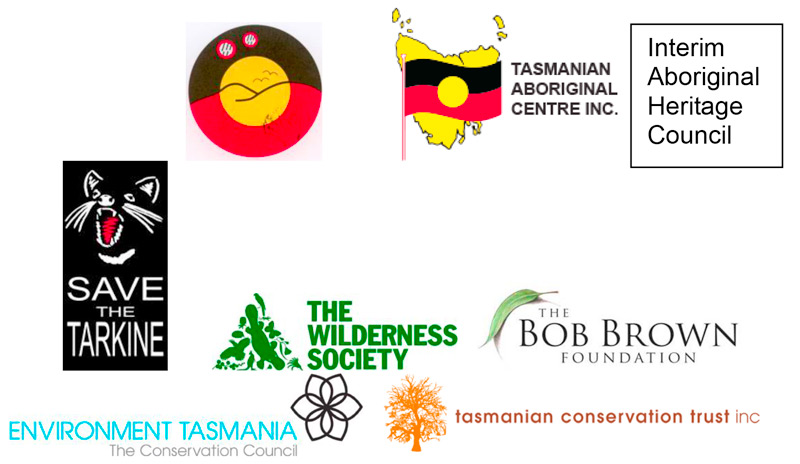 A joint Statement from Aboriginal and environment group representatives re the expansion of destructive 4WD tracks on the National Heritage listed Tarkine coast.

An unprecedented collective of Aboriginal representatives and environment groups have jointly called for federal intervention to halt to the planned expansion of destructive 4WD tracks on the Tarkine coast. Legal advice confirms that Federal Environment Minister Greg Hunt has a responsibility to assess the expansion plans under federal law and should not allow the tracks to open. 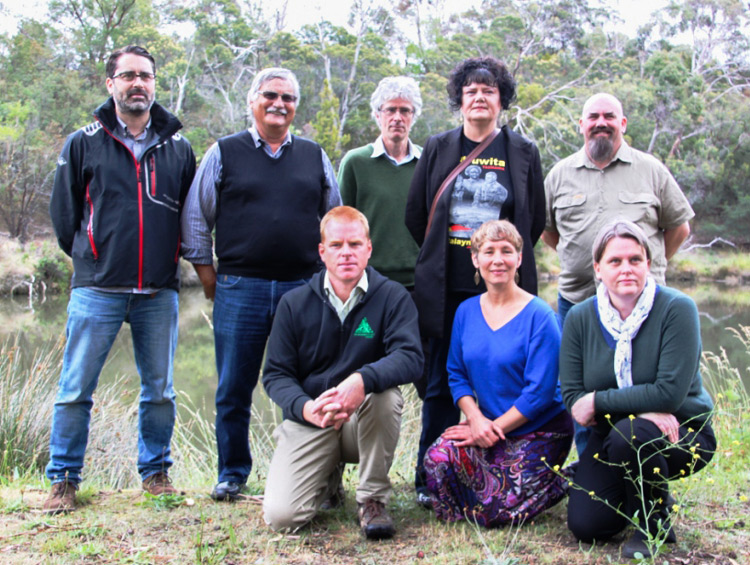 The coastline was listed as a Cultural Heritage Landscape of National significance because of its Aboriginal history and the legacy of shell middens, stone quarries, hut depressions, seal hides and rock carvings that remain. 4WD tracks, theft and vandalism have damaged many of these incredible values over recent decades, yet the State Government plans to expand 4WD access to the southern region of the ‘protected’ landscape by Christmas.

Tasmanian Aborigines have not been consulted over the track expansion and were shocked, appalled and bewildered at the decision to expand 4WD track access across their ancestral landscape.

Clyde Mansell, Chairman of the Aboriginal Land Council of Tasmania said “The opening of the tracks will cause irreversible damage to the natural and cultural values which have existed since time immemorial. The State Government must take stock of their intention, talk with us and properly protect and respect this incredible landscape.”

Trudy Maluga, State Secretary of the Tasmanian Aboriginal Centre said that the Aboriginal community would do all in its power to see this landscape protected.

Ms Maluga today said, “We collectively call on Minister Hunt to take action to ensure these tracks don’t open and our ancestral heritage is given the protection it deserves as one of the most important heritage sites in the country. At the end of the day he has been appointed to protect values; this is a site of national significance and he needs to act.

The Chair of the Government’s own Interim Aboriginal Heritage Council, Rocky Sainty, called the move to open these tracks appalling.

“If this is to be the behaviour of the current State Government, then we feel there are no other options but to go outside of the State for a decision,’ Mr Sainty said. “The lack of commitment to genuine engagement with the Tasmanian Aboriginal community and to appropriately manage and preserve thousands of years of Aboriginal heritage which is of worldwide cultural and scientific importance, is appalling.”

Environment groups joined Tasmanian Aborigines in the call for Minister Hunt to assess the track expansion under the EPBC Act and reject it on the basis of unacceptable risk to cultural and natural values.

“In a landscape like the Tarkine coast the cultural and natural values are intertwined and to properly protect one is to also protect the other,” said Vica Bayley, spokesperson for the Wilderness Society. “Minister Hunt has a responsibility to protect the Tarkine from the damage done by 4WDs and the people who drive them.”

The Tasmanian Conservation Trust supported keeping tracks closed but pointed out that the state government is going well beyond its election promise by opening the entire Tarkine coast to recreational vehicles. “Vehicles have not been allowed to drive to the Pieman River mouth for many years before the 2012 track closures and the Liberal government is being deceptive by claiming this was part of its election promise’, said the Trust’s director Peter McGlone.

Andrew Perry, spokesperson for Environment Tasmania, is calling on the federal government to explain to the Tasmanian community what has changed on the Tarkine Coast since the area was formally listed as the Western Tasmania Aboriginal Cultural Landscape under federal law.

“After an exhaustive assessment of the area’s cultural and natural values, the previous government recognised the national and international significance of this landscape, and rightfully sought its protection, including from destructive 4WDs. So what we’d like to know is what has changed in this precious and fragile landscape, other than the government of the day, that means it is again ok to drive over such an important cultural landscape?” he concluded.