The great majority of Australians who, polls show, opposed the Abbott government's attempt to delist Tasmania's World Heritage forests can now celebrate the defeat of the proposal, Bob Brown said today. "But, for all Australians, it is a bittersweet victory.”

"Tony Abbott lied about the forests being degraded. That lie has been rejected at international level. It is a diplomatic fiasco for the Prime Minister and Australia. However, it is a win for global diplomatic propriety.” 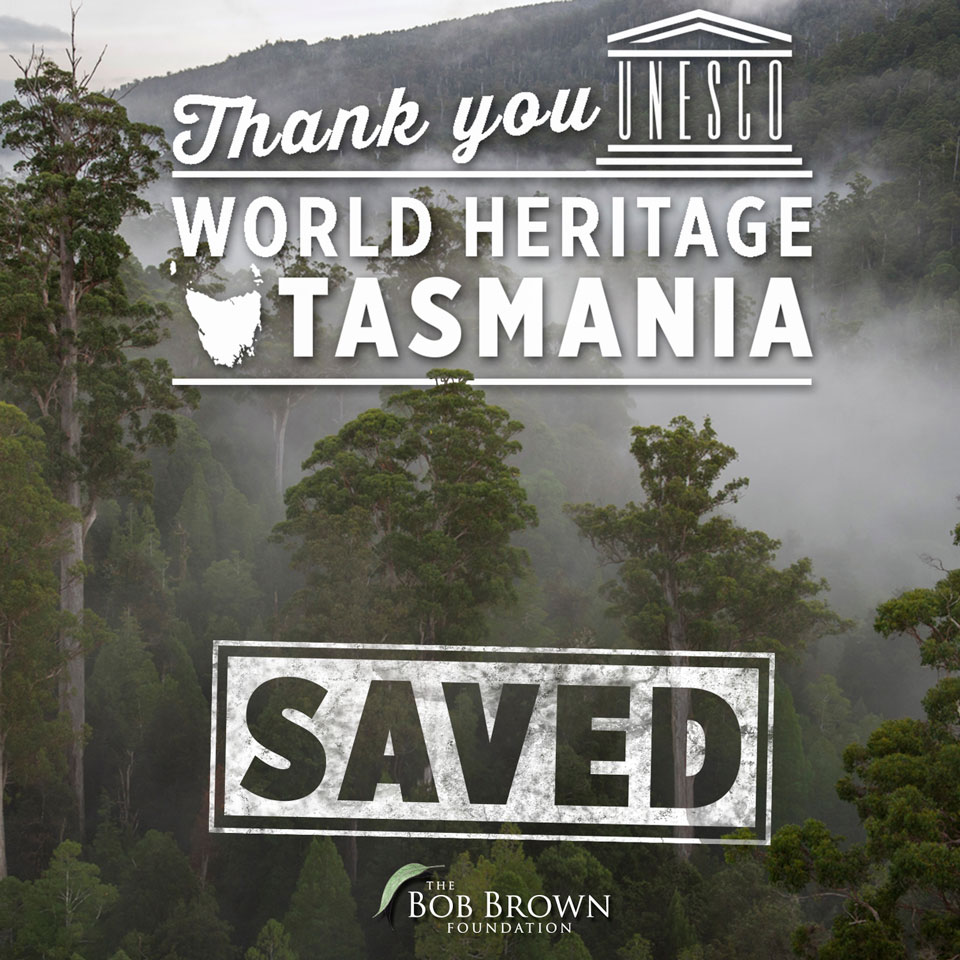 "The Prime Minister's chief adviser from Tasmania, Senate leader Eric Abetz, left the government wide open to this international rejection of his proposal that the forests, the tallest flowering forests on Earth, should be delisted and opened to the chainsaws. The World Heritage Committee stood by its Convention while the Australian Government attempted to undermine it.”

"This is the lowest point in the history of Australian environmental diplomacy. Abbott's failed mission has sullied the nation's great history of upholding the World Heritage Convention over the last four decades.”