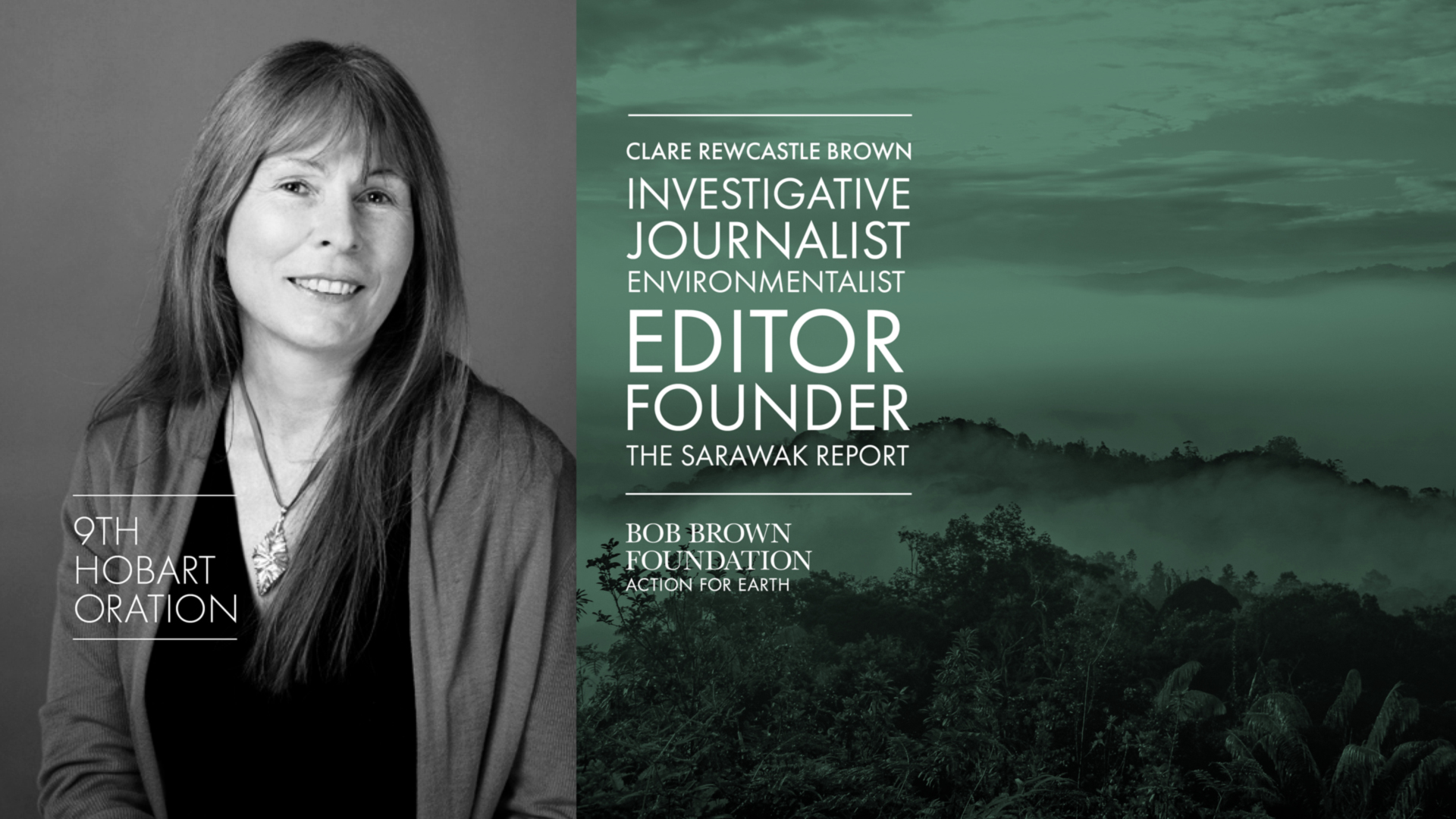 Now he is in jail.

Don't miss this fearless environmentalist who brought down a corrupt Malaysian Prime Minister, in conversation with Bob Brown at the 9th Hobart Oration.

Clare Rewcastle Brown is a former British television reporter and the founder and editor of the website Sarawak Report and Radio Free Sarawak, which came to prominence for challenging wide-scale political corruption in Malaysia and the resulting impacts on civil and indigenous rights as well as on the environment. Her investigations resulted in the exposure of the 1MDB Development Fund scandal, which revealed alleged grand kleptocracy by the Malaysian Prime Minister; rocked the global financial community; helped put the off-shore finance industry on the run and embarrassed some of the most famous figures in Hollywood, Vegas and New York.

Fortune Magazine named her one of the World’s 50 Most Influential Figures in 2016; she was named one of Britain’s Women of the Year 2016. In 2018 she received the Guardian Award by the Association of Certified Fraud Examiners and was named one of the most influential Londoners by the Evening Standard. In 2013 she received the International Press Institute’s Pioneer of Media Freedom Award; in 2014 she received Queensland University’s Communication for Social Change Award and she was the winner of the One World Media Special Award from CNN in 2015. Malaysia issued a warrant for her arrest and requested INTERPOL place her on its international Red Notice list in 2015. However, INTERPOL rejected the request and following the defeat of Najib in the May 9th 2018 election Malaysia rescinded the warrant.