2015 Young Environmentalist of the Year

Amelia’s involvement in the Australian Youth Climate Coalition (AYCC) began with her school environment committee, sparking a long-lasting commitment to the climate movement.

In 2013 Amelia moved to Melbourne and started working for AYCC, initially as Indigenous and Diversity Coordinator.

Since 2012, Amelia has travelled throughout Australia organizing and presenting at events and conferences, training and mentoring more than 100 young people to run sustainability projects in their communities.

Through the AYCC’s Indigenous Youth Engagement Program, Amelia is reaching out to Indigenous youth from around the country, encouraging them to take action on climate change and providing them with skills and the opportunity to stand up for a safe, climate future.

‘An inspirational example of people power, and a voice for reconciliation and unity, Amelia’s deep compassion and positivity rubs off on all those around her. Dedicated to preserving her cultural heritage, promoting environmental sustainability and contributing to the wellbeing of her community, Amelia’s work is sharing her people’s knowledge of caring for country, which she hopes will preserve the land for future generations.’

Australian of the Year Honour Roll

This award is presented with the proud support of 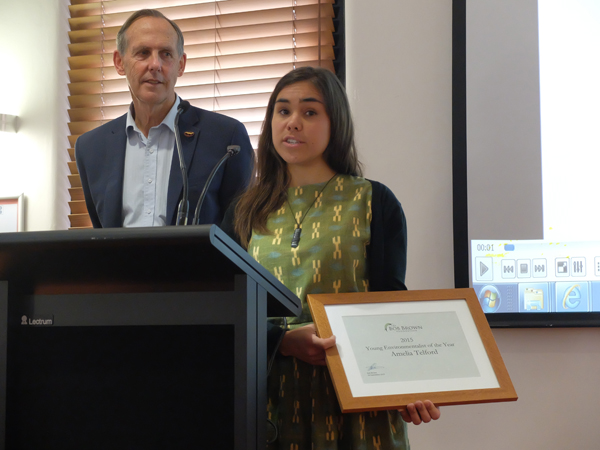