2015 Environmentalist of the Year

Jill Redwood is a long-time environmental campaigner and the coordinator of Environment East Gippsland, the longest running community group working solely for the protection of Victoria's last and largest area of ancient forest and surrounding natural environment. For over three decades, Jill has been a campaign stalwart for the protection of East Gippsland forests and Australia’s native forests. Jill is on the committee of the Australian Forests and Climate Alliance and has been an integral campaigner against native forest biomass burning in Australia.

Jill has lived on her self-built self-sufficient property in Goongerah, East Gippsland for 30 years. During the early 1980s Jill became aware of logging activities around her new home in Buldah, East Gippsland. After moving to Goongerah in the late 1980s Jill became involved with Concerned Residents of East Gippsland. In 2010, renamed Environment East Gippsland (EEG), the group took legal action to stop government-owned VicForests from logging the old growth forests of Brown Mountain Creek. The successful case was a landmark decision for public interest litigation.

Jill has devoted her life to environmental activism. She is now mainly self-employed as a freelance writer and cartoonist, with a small honorarium from EEG.  She has also built an eco-tourism cottage on her property that brings in a small income.

Jill is an inspiration and mentor for women activists. According to one: “Jill’s fierce independence and her commitment to self-reliance and the protection of her forest environment are extraordinary. Her profile raises issues about women activists who live and work in often very conservative rural areas, and the impact their leadership can have on their roles and identities within their communities.”[1]

Over her years as a campaigner Jill has endured many challenges including death threats, abusive phone calls and a horse being shot.

In addition to engaging in the usual range of campaign actions employed in environmental activism, under Jill’s leadership EEG were early and successful adopters of legal actions to protect native species habitat and hold the Victorian government and VicForests to account[2].

Some of EEG’s successful cases include: 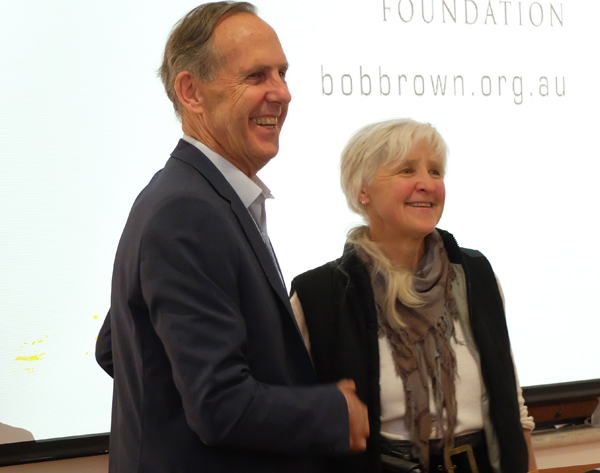