2014 Young Environmentalist of the Year

The 2014 Young Environmentalist of the Year, and $2000 prize money, was awarded to Peter Hammarstedt, captain of the Sea Shepherd ship Bob Barker.

“Peter Hammarstedt's maturity and courage under extreme duress from the Japanese whale-killers belie his age of 30. The cool determination of this protégé of Sea Shepherd's Captain Paul Watson in placing his ship Bob Barker between an aggressive Japanese whaling factory ship and a South Korean tanker in Antarctic waters two summers ago is legendary in the annals of global wildlife protection. That heroic manoeuvre was crucial to saving the lives of hundreds of whales but was only part of Peter's years of commitment to protecting Earth's oceanic commons”, Bob Brown said.

In his eleven years with Sea Shepherd, Peter has sailed the seven seas under the leadership of Captain Paul Watson, from the foreboding Labrador Coast to the treacherous Antarctic Continent, using direct action to save as many lives as possible from illegal whaling, sealing and destructive fishing practices.

Peter believes that in their capacity to suffer, animals are our equals, and that when a government fails in its responsibility to uphold the law, then it is the responsibility of compassionate people to fill the enforcement vacuum.

Peter has crewed on nine consecutive Antarctic Whale Defence Campaigns and for the past three years, Peter has been Master of the The Bob Barker.

On the 2012/13 Antarctic Whale Defense Campaign, The Bob Barker, under Peter's command, was rammed on several occasions by the factory whaling ship Nisshin Maru. Sea Shepherd successfully prevented the whaler from refueling and the campaign succeeded in preventing the slaughter of 932 whales. 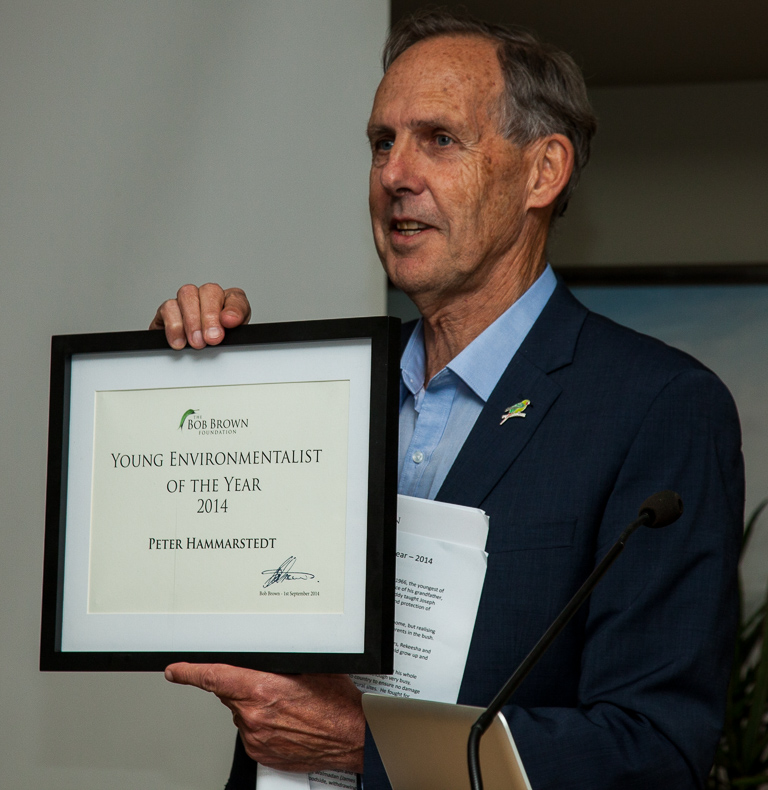 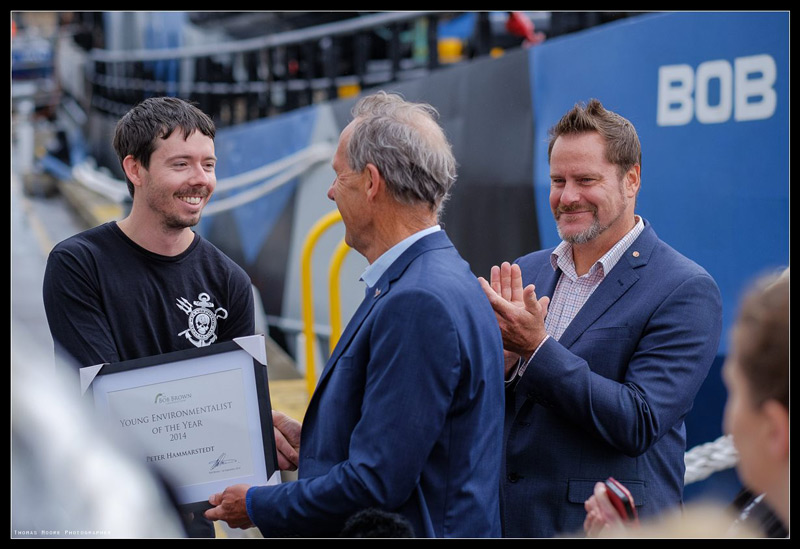 Peter being presented his award in Hobart. Thomas Moore Photographer 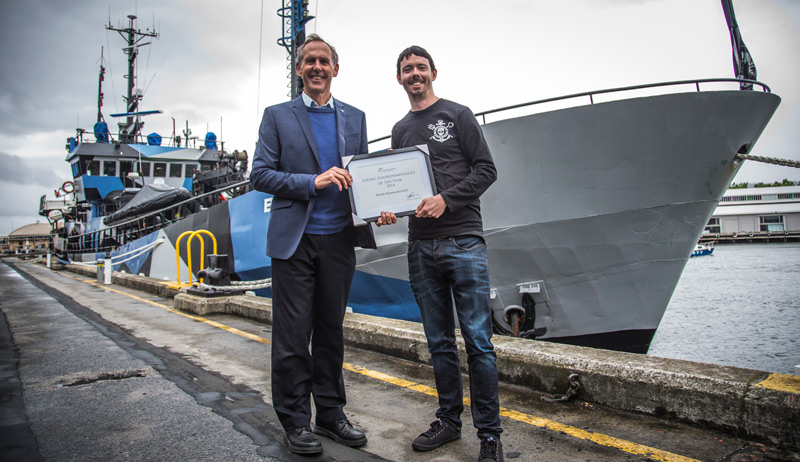