2014 Environmentalist of the Year

The 2014 Environmentalist of the Year was awarded posthumously to Joseph (Joe) Roe, a Goolarabooloo man from Broome, for his lifelong work to protect the environment and cultural sites of the Kimberley.

“Remove 'law boss' Joe Roe of the Goolarabooloo people from history, and the massive gas factory planned by Woodside Petroleum for north of Broome would by now be wrecking the Kimberley coastline, including the world's largest humpback whale nursery, the world's largest dinosaur footprint and traditional burial and ceremonial sites.”

“I was struck by this man's integrity and defiance of the odds to save the country he loved.  Roe defied the money, arrests, threats and compulsory acquisition of his people's land for a higher goal: the integrity of Aboriginal culture and the Kimberley's remarkably pristine environment. He died within months of gaining victory for his country but his fighting spirit remains to inspire everyone else faced with the destruction of country or neighbourhood.”

Joseph (Joe) Roe was born in Broome on 24th April 1966, the youngest of 9 siblings.  He spent his childhood under the guidance of his grandfather, the late Paddy Roe at Jilburnon and Millibinyarri. Paddy taught Joseph about the importance of his law & culture, respect and protection of country.

As a teenager, Joseph attended Nulungu College in Broome, but realising school wasn’t for him, returned to live with his grandparents in the bush.

In 1983 Joseph met Margaret and they had two daughters, Rekeesha and Kerstin. They moved to Millibinyarri so their children would grow up and live their cultural way of life in the bush.

During this time, Joseph established the CDEP program and his whole family took part in improving their community.  Although very busy, Joseph would still find time to drive out to country to ensure no damage was being done to the environment and cultural sites.  He fought for many years to try and stop motor bikes and vehicles driving over the sand dunes, and installed bollards to prevent traffic destroying burial sites and the environment from Broome to Bindiangoon.

In 1988, his grandfather Paddy Roe, established the Lurujarri Walking Trail, to look after the country between Minyirr and Bindiangoon.  Since then, Joseph and his family have welcomed thousands of visitors, Australian and international, to walk, camp, fish and share traditional knowledge and stories along the way.

In the early 90’s, Joseph was involved with the Rubibi Native Title Claim for Broome and continued to work tirelessly to protect country.

In 2013 the community campaign led by Joseph and the Goolarabooloo people against the giant gas hub at Walmadan (James Price Point) finally prevailed, with the proponent, Woodside, withdrawing their plans.

Joseph died in 2014, aged 47 and is survived by his wife Margaret Cox and daughters Rekeesha Roe and Kerstin Roe. 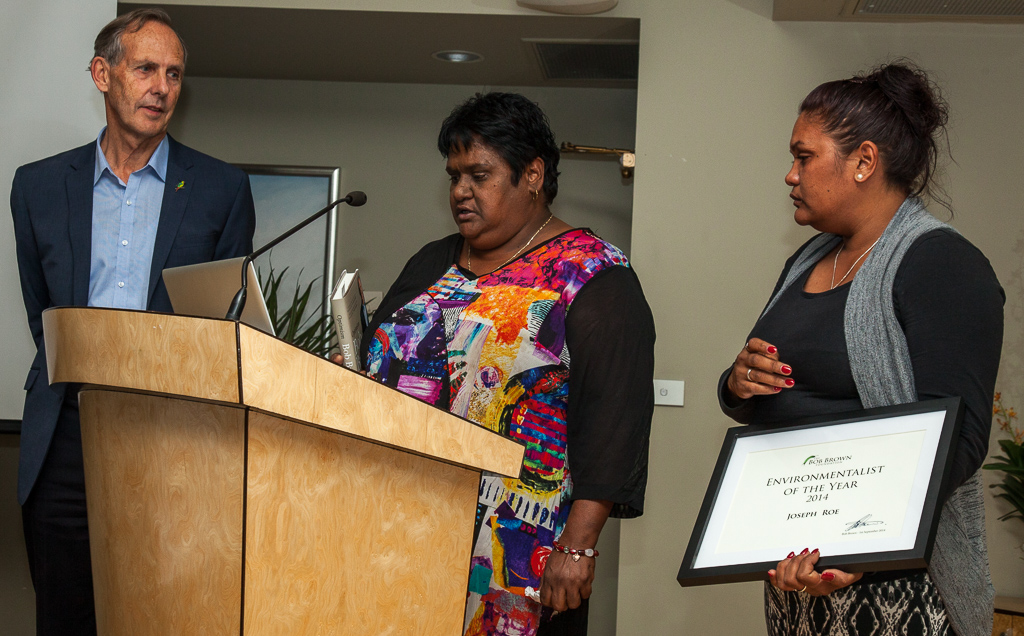 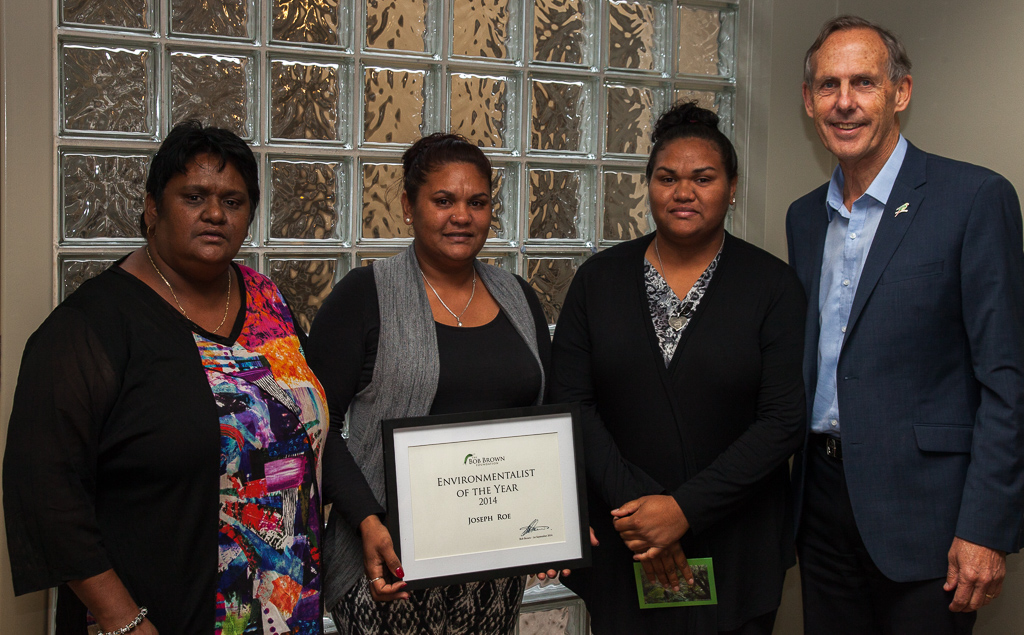