2013 Young Environmentalist of the Year

Isaac Astill grew up in Yankalilla, a small coastal town in the far south of the Fleurieu Peninsula, South Australia. Since a young age he has been driven by a passion for building the youth movement for action on climate change.

In 2010 Isaac attended Powershift in Adelaide, one of the Australian Youth Climate Coalition’s (AYCC) regional summits. Isaac took his passion to build a movement back home, and founded an AYCC group in Yankalilla and then another at university.

In 2011, Isaac attended the UN Climate Talks in Durban, South Africa. He played a central role in organising the Conference of Youth, bringing together 600 young people from over 40 different countries to share skills about building their own youth climate movements.

At the UN Climate Talks, Isaac also hosted and organised Fossil of the Day, a satirical awards ceremony designed to highlight countries that were blocking negotiations. It was highly effective. The ceremony attracted international media coverage every day, was attacked in Canadian Parliament, and angered the European Union President and the New Zealand Environment Minister.

After arriving back in Australia, Isaac was elected as the AYCC’s National Tour Manager. One hundred days later, this tour had visited 44 different communities, 57 high schools and hosted over 150 speeches about climate change. The tour included countless workshops, and seeded the creation of youth climate groups across the country.

Isaac coordinated the Rally for Solar, including participating in the Walk for Solar, a 325km walk from Port Augusta to Adelaide to raise support for building a base load solar thermal plant in Port Augusta. After visiting coal-affected communities on tour, Isaac relocated to Queensland and committed himself to combatting the unprecedented coal expansion in that state. He coordinated a statewide recruitment of university students in Queensland. After running numerous training sessions and organising a presence on 15 different campuses, in a one week period the AYCC Queensland branch successfully collected over 27,000 hours of pledged volunteer time.

Aged 20, Isaac is now living in Yeppoon, a regional Queensland township threatened by coal port proposals. He is a community organiser for AYCC and the local Protect Keppel Bay campaign, which is fighting the port proposals inside the Great Barrier Reef World Heritage Area. Subsequent to this campaign featuring on the front page of The Australian, one of the coal port applicants withdrew their application from government. Isaac is confident that, with continued community pressure, the other two proposals will be stopped as well. 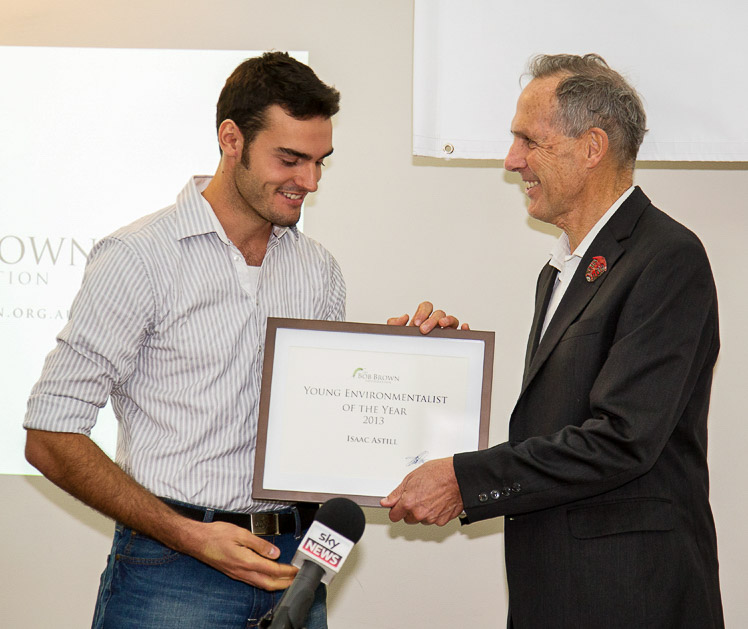 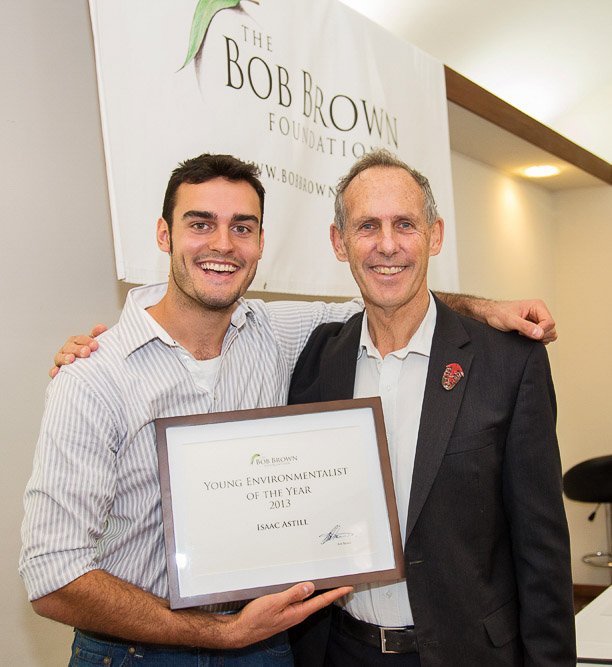