Charlie Wood is a passionate advocate for the climate, sustainable food production and socially responsible investment. Over the past seven years she has volunteered or worked with Amnesty International, Conservation Volunteers Australia, the Greens, and the ANU’s Regulatory Institutions Network.

In 2011, she co-founded Real Food Canberra, a youth food sustainability organisation, and in that role published an internationally endorsed sustainable food manual (with support from HRH Prince Charles). She has been a Youth Ambassador to the Office of the ACT Commissioner for Sustainability and the Environment, and has been the Australian National University’s Science Ambassador for the last four years.

In 2012, Charlie coordinated a climate friendly superannuation campaign in partnership with the Climate Institute. She currently works with the Asset Owner’s Disclosure Project, coordinating their Vital Few campaign, which aims to get super funds to move their money out of fossil fuels and into clean energy. She is now also a campaigns director with 350 Australia, and heads their national fossil fuel divestment campaign “Go Fossil Free Australia.”

Charlie has a degree in environmental science, sustainable design and politics from the Australian National University and was awarded the Young Environmentalist of the Year for 2010 in the ACT. 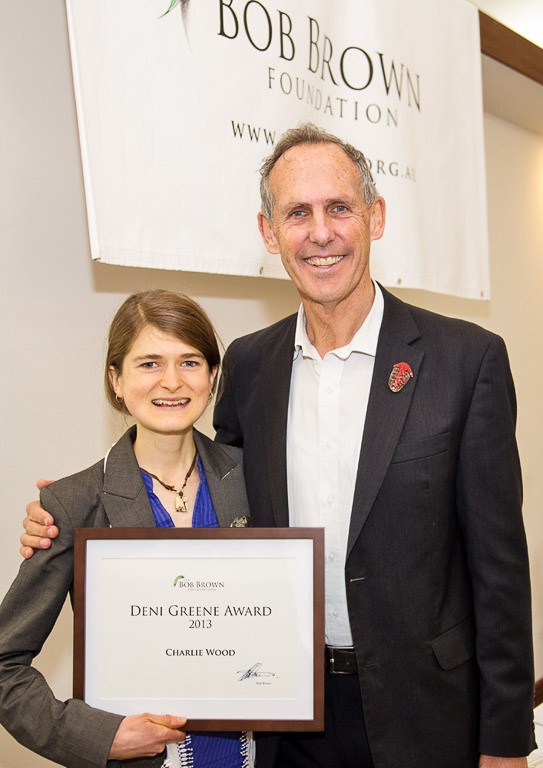